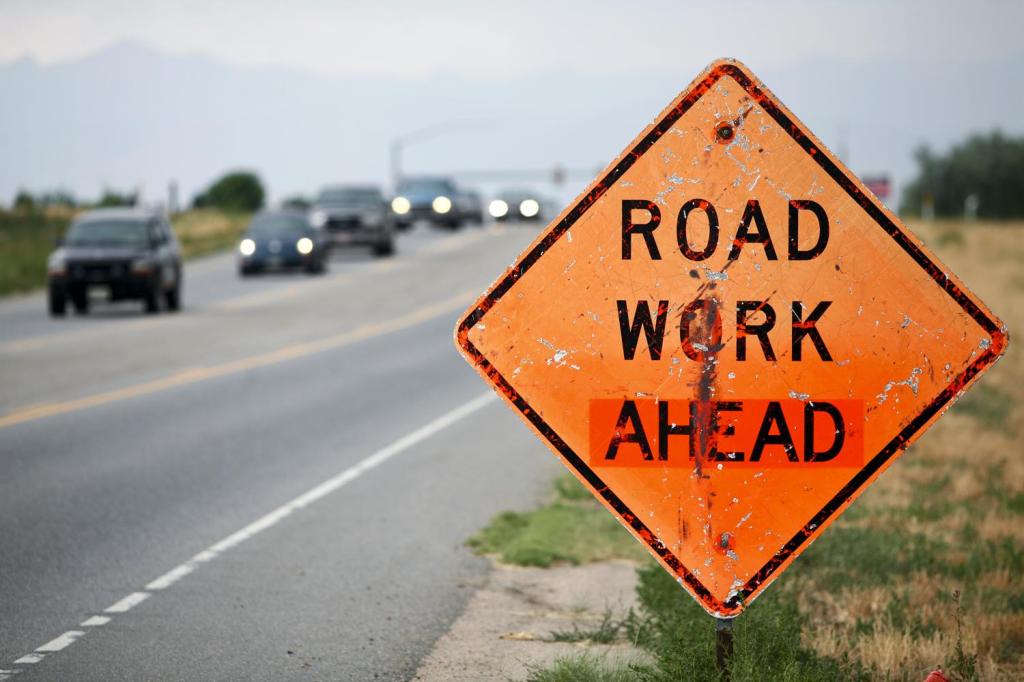 Pike Road: A closing of Pike between U.S. 287 and Professional Lane that began Friday is to last through Monday for installation of a concrete flow pan.

South Coffman Street: South Coffman is to be closed to through traffic from 7 a.m. to 6 p.m. Monday between Pike Road and Neon Forest Circle for utility trenching work.

County Line Road: The widening, installation of left turn lanes and intersection improvements and other work on County Line Road between Ninth and 17th avenues is underway and scheduled to be completed in April.

Downtown Longmont, Main Street: Crews have installed barriers for a lane-closing project, with workers closing off a northbound lane between the middle of the 200 block of Main and Sixth Avenue and a southbound lane from Sixth to Fourth avenues. The closings, put in place to create additional outdoor space for downtown shoppers and restaurant customers, are tentatively planned to be in place into September.

Ninth Avenue: Ninth is closed between Airport Road and Hover Street for a paving and road improvements project that is expected to last through Aug. 14. Vehicles intending to travel east or west through the construction area will be required to use alternate routes and should follow the detour signs to 17th Avenue to the north or Nelson Road to the south of Ninth Avenue. Local traffic will be allowed to access neighborhoods at all times from Ninth Avenue using the following routes: access to Champion Greens from Airport Road; access to Valley/Fairways from Hover Street.

17th Avenue and Main Street: Storm drainage work along 17th east of Main and along the east and west sides of Main north of 17th is expected to continue through early September. Travelers can expect continued closures of the right lanes of northbound Main and westbound 17th throughout the project as crews install the additional storm sewer system. Project work will generally take place on weekdays during daytime hours.

First Avenue and Emery Street: Intersection improvements, pavement reconstruction and a railroad crossing improvement project will reduce lane widths along First at Emery and cause occasional delays due to equipment moving in and out of the work area. Emery Street will be closed between First and Second avenues for the duration of the project, which is expected to last six months, and Second Avenue is recommended as a detour route.

Main Street (U.S. 287): The Colorado Department of Transportation is working on adding a northbound U.S. 287 lane between Pike Road and a point about 1,000 feet south of Pike Road and Main Street, and on medians at Main’s intersections with Grand Avenue and 17th Avenue, a project that’s scheduled to be completed in mid-August. Motorists can expect single-lane closings from 7 a.m. to 5 p.m. Mondays through Fridays.

Colo. 119: Expect full-lane closures during off-peak hours, intermittent lane closures, detours, trail impacts on stretches of the roadway between Boulder and Nederland until fall. Drivers should plan for delays of about 20 minutes through June. Crews will work from 7 a.m. to 7 p.m. Mondays through Fridays. Drivers are encouraged to use the alternate routes of Colo. 72 or Lefthand Canyon Drive during construction.

Olde Stage Road: Olde Stage Road is reduced to one lane in multiple locations to build retaining walls and replace a culvert, with 8 a.m. to 4:30 p.m. working hours Mondays through Fridays. Crews will remove asphalt from a few sections of Olde Stage where retaining walls will be built and the culvert will be replaced. Motorists can expect gravel road conditions in multiple areas. One of the areas is on the southern end of the road and is on a downhill slope behind a curve for anyone traveling southbound. There is currently one traffic signal being used on the road. This project should be completed in August.

Pennsylvania Avenue: Pennsylvania is closed to vehicles between 12th and 13th streets but open to cyclists and pedestrians during restaurant reopenings in the area. The closing is expected to last through Sept. 30.

Pearl Street: Pearl is closed to vehicles but open to cyclists and pedestrians between Ninth and 11th streets through Sept. 30 for area restaurant reopenings.

30th Street: The right lane on 30th Street heading northbound will have intermittent lane closures between Walnut and Mapleton streets through July 2022 during construction the Pollard Jeep Site development. Arrow boards and signage will be used to direct traffic.

88th Street: Beginning Tuesday, 88th Street south of Shamrock Drive is tentatively scheduled be closed to all traffic for expedited repairs. This closure will last until approximately Aug. 12.  During this time 88th Street north of Shamrock Drive will be open to local traffic for residents of Reliance Circle and Saddlebrooke. Residents of Reliance Circle can also park on Enterprise Street if the detour through Louisville is inconvenient.