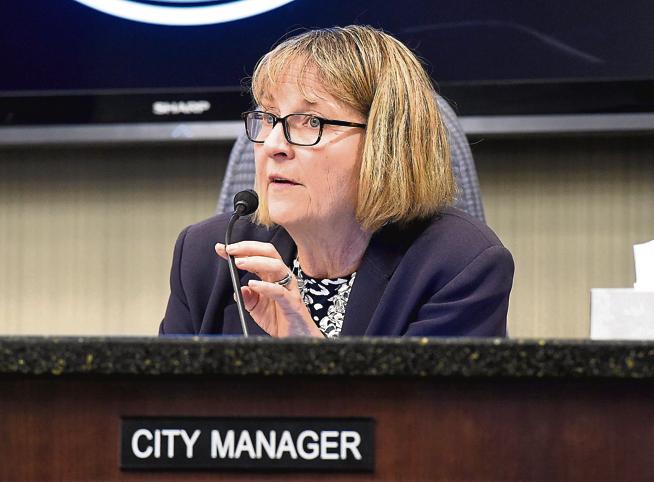 In my career, I’ve been lucky to have worked under some great bosses: people who clearly articulate their values and vision for the organization, embody those values in both speech and action, listen to and advocate for employees at all levels, and never direct employees to do things contradictory to the lofty ideals they’ve publicly espoused.

As the highest-ranking employee of the Boulder City Council, I wish Jane Brautigam had been able to experience that type of leadership. I’ve lived in Boulder for her entire tenure as city manager, and I’m amazed she dealt with the mercurial direction (I can’t call it leadership) of the City Council as well as she did for as long as she did.

I understand that implementing the agenda of an evolving group of elected officials with differing priorities is a challenge inherent to her role. I just wish that we’d made it a little easier on her by electing councils that actually want to pursue projects consistent with the progressive values they claim during election seasons, and which she seems to share.

I wish we had a city council that respected the expertise of staff and the efforts of citizen advisory boards and gave them some leeway to contribute without publicly slapping them on the wrists. Last year, Mirabai Nagle said she didn’t want staff to make any recommendations to the council, but rather solely present options for council to decide on. This year, the Housing Advisory Board and Human Rights Commission got publicly chewed out by Mark Wallach after presenting a unanimous set of recommendations on homelessness strategies. That’s not leadership.

It’s unrealistic to elect council members to part-time jobs and expect them to run a city of more than 100,000 people without placing some trust in the city manager, her staff, and citizen advisory boards. Perhaps a directly elected, full-time mayor and a staff who answers directly to her would have better luck implementing the will of the voters.

I congratulate Ms. Brautigam and wish her well in her retirement. Between balancing managing the city’s day-to-day activities and constantly managing the very vocal concerns of local interest groups and sometimes very entitled people, the city manager does not have it easy. I am sure that sometimes she felt like all she could do was manage from crisis to crisis.

As Boulder begins the search for a new city manager, there a few things that I would like to see the candidate and the city focus on for the coming decade.

First, affordability of housing in Boulder. The current paradigm of attempting to squeeze affordable housing into market rate/profit driven housing developments is untenable. In my opinion, the city should adopt a program similar to the Open Space and Mountain Parks program where we tax ourselves and build and develop permanently  affordable housing – with the goal that every new development in the city is 100 percent permanently affordable.

The city could also buy existing houses and developments and also make them permanently affordable. And here is the kicker – the purchase or rental of these units shouldn’t be means tested. People of any class could live there, but those of higher means might pay a tax that puts them closer to market rate (with this tax going to purchase more affordable housing).

Second, improve the efficiency and morale of our city’s bureaucracy. The Tipton study and its showcasing low morale within the city staff is a bad mark on Ms. Brautigam’s tenure as city manager. In our capitalistic, imperialistic system of government, the “leader” sets the tone for the organization, and if there is disorganization at the lower level, it is only because there is disorganization at the uppermost level.

But this model of leadership, we all know, is doomed to fail because leaders are human and no single human can live up to this ideal. Hopefully, our new city manager will establish a more collective and collaborative organization that will empower all city workers to participate toward our common goals.

Finally, a reallocation of funds with a focus on public health and public safety. As I travel around town, I often wonder why we have any houseless people here. We could easily and cheaply house all our houseless people who want it.

On top of that, probably every dollar we invest in drug and mental health treatment would save us $2 or $3 on policing. I also wonder why are our trails not connected, why aren’t we establishing affordable child care options within the city, why aren’t we looking at our zoning regulations from a class and racial equity lens, and why haven’t we begun de-emphasizing the car in development and planning.

All things are next city manager can work on in the next decade.

The retirement of Boulder City Manager Jane Brautigam offers an opportunity for more community involvement in the hiring process. The city should offer paid community positions on the job search committee. Much like the city is assembling a community task force to address COVID-19-related community impacts, the group could help ensure that public interests are considered in the job search.

The majority of this community hiring task force should be low-income city residents. This search committee could also a priority of addressing institutional bias and racism in city policies and practices. I believe that the council-manager form of local government works for a city of our size, and when it functions well, it is a great way to keep power in check.

I am appreciative of Jane’s service to this community over the past 12 years, and it is important to celebrate women’s leadership in our city government. This opening of a key position is a good opportunity to push our city government to address the high rate of turnover in top positions and to be even more progressive and inclusive in its internal and outward-facing practices.

Dismantling the systems of racial and economic exclusion that are built into this city, practices such as zoning for single-family dwellings and the lack of low-income housing, will take time. We need a city manager who is committed to listening to the community, as well as acting on behalf of Boulder’s most vulnerable residents. The new city manager, if selected by the City Council and a task force made up of majority low-income residents, can play a crucial part in making Boulder a more vibrant and inclusive city.

After 12 years at the helm, Jane Brautigam has announced she’ll be stepping down. Good for her. That’s a long time to lead a city as tough to please as Boulder. So, who’s next? I have no idea, but here’s some qualifications that person should have:

While the manager doesn’t set policy (the City Council does that), we need to make sure his/her/zir moral compass is oriented in the right direction. While not 100 percent accurate, a good measure is the amount of Patagonia apparel that person wears.  Is that person a guardian to one or two rescue dogs? More?

While not grounds for immediate disqualification, if a background check revealed the candidate entering a Walmart or consuming GMO food, that will certainly not improve that person’s chances.

Maybe the next manager should be required to live in an affordable housing structure, to be more in tune with Boulder’s housing problem. Of course, to really subsume the issue, the new manager would have to be paid a meager enough salary to qualify for such housing. All righteous candidates would practically insist on such an arrangement.

With the new manager living in Boulder, I wouldn’t expect that person to own a car, but if ze did, it better be electric, powered solely by green energy, and used sparingly (a snowstorm is not a valid excuse). Otherwise, ze should be riding a bike. But not an electric bike. Those are lame! Electricity is only cool in cars. Duh.