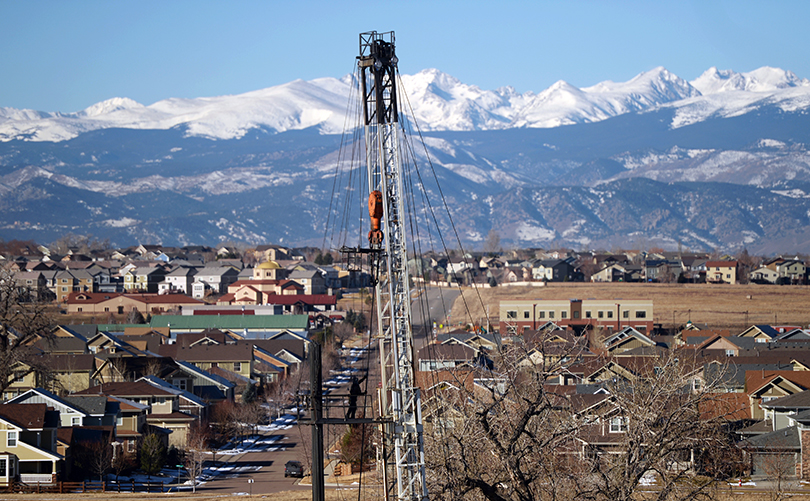 Weld County’s challenge of new state air-quality rules aimed at reducing oil and gas emissions has been dismissed by a district judge who rejected claims that the regulations are detrimental to the county.

Denver District Judge Michael Martinez issued a decision Wednesday granting a motion by the Colorado Department of Public Health and Environment and the Air Quality Control Commission to dismiss the case. Martinez agreed with state officials that Weld County had not shown that complying with the rules, approved by the AQCC in December, harms the county.

Martinez also said the county is subordinate to the state agency when it comes to regulating air quality. Therefore, the county is limited in its authority to adopting regulations that are the same or more restrictive than the state rules, the judge said.

The Weld County attorney and commissioners are reviewing the order and will determine whether to appeal the decision, county spokeswoman Jennifer Finch said in an email Thursday.

In December, the AQCC approved new regulations to implement Senate Bill 181, which was approved in 2019 and mandates that state oil and gas rules be revised to give stronger protection to public health and safety and the environment.

Among the changes adopted by the commission were more frequent inspections of well sites and equipment, including sites within 1,000 feet of occupied buildings and such public places as parks and playgrounds. The rules took effect in February.

“We have said from the beginning that the Air Quality Control Commission’s December 2019 rules — as well as the process that led to them — were consistent with state law. We will continue to aggressively pursue new rules and regulations that reduce emissions of greenhouse gases and air pollutants,” Andrew Bare, spokesman for the state Air Pollution Control Division, said in an email.

Seven conservation organizations intervened in the lawsuit to defend the rules. The same groups have intervened in a lawsuit by Garfield and nine other counties challenging some of the AQCC’s new regulations.

“I think SB 181 made clear the need for the state to adequately protect the public health, safety, the environment and wildlife resources,” said Sara Loflin, the executive director of the League of Oil and Gas Impacted Communities.

Loflin said her organization and others represent hundreds of Coloradans who deal daily with the effects of living close to oil and gas sites.

Weld County argued in its lawsuit that the air-quality rules will harm its tax base because of the impacts on the oil and gas industry and interfere with its authority to regulate land uses. The county is home to nearly half of the state’s roughly 52,000 active oil and gas wells.

Commissioner Barbara Kirkmeyer has said of the $890 million in property taxes paid in the county in 2019, $490 million came from oil and gas.