In a ruling affecting hundreds of people yet to be convicted of charges for which they are locked up, Shelby County Criminal Court Judges on Thursday ordered the indefinite suspension of criminal jury trials.

The order, which negates prior plans to lift the suspension in September,  will affect the vast majority of more than 2,100 people locked up in three local jails, according to Shelby County Sheriff’s Office data.

At the Downtown jail, where the vast majority of county detainees are held, more than 83% of people had yet to be convicted of their charges as of a June 30 Tennessee Department of Corrections report.

“It is currently impossible to empanel a jury in a criminal case that would satisfy health and safety guidelines and comply with relevant constitutional provisions,” reads the Shelby County order, signed by Administrative Judge John Campbell.

Jury trials are “impractical” given the “ongoing public health crisis” of the COVID-19 pandemic, the judges said, noting the “sharp rise” in cases locally and judges’ concern that jury pools may not reflect local demographics given the disproportionate impact the coronavirus has had on African American and Latino communities.

At less than two pages, the order does not provide any insight as to current plans for deciding when and how jury trials can resume.

“The Court will continue to evaluate the current conditions and assess any updated guidance from health authorities to determine when jury trials can resume,” the order concludes.

That’s sobering as to the ongoing risk of COVID-19, said Michael Working, the incoming president of the Tennessee Association of Criminal Defense Lawyers.

And he said in regards to the state of our democracy, the decision is alarming.

But there’s a blueprint for how courts can rise to the challenge, he said, pointing to trial venues used during the 1918 Spanish Influenza pandemic.

“Jury trials were held in tent revivals, city halls, and empty school auditoriums. All are still viable options,” said Working who contends he has no doubt of some of his clients’ claims of innocence.

Judges should take the input of the statewide defense lawyers association into account moving forward, he said, to preserve jury trials “and our democracy even if the process is hard and very uncomfortable.”

According to the order, the judges’ decision was based on examination of trial proceedings in other counties and input from the Public Defender’s Office, the District Attorney’s Office, public health guidance and the National Association of Criminal Defense Lawyers, rather than the Tennessee affiliate.

For people awaiting trial, whether out on bond or locked inside a jail cell, the days and weeks since the pandemic first paused in-person court proceedings in March has turned into months.

How to make good on the constitutional right to a speedy and public trial, and a jury of peers, has been deliberated since in courthouses around the country.

In Tennessee, where the state Supreme Court left decisions on whether to resume hearings up to the discretion of each judicial district, as of July 3, the Montgomery County Criminal Court adapted existing courtroom spaces and jury selection policies to accommodate social distancing.

Presiding judge Jill Ayers said the court was attempting to be flexible as guidelines evolve on methods to mitigate the risk of COVID-19 transmission, “while keeping the courts open and carrying out essential constitutional functions.”

In Knox County, intense debate unfolded between defense counsel and Criminal Court Judge Kyle Hixson, over the best timing and procedures for balancing public health with constitutional rights, in the run up to the county’s first jury trial, the Knoxville News Sentinel reported. 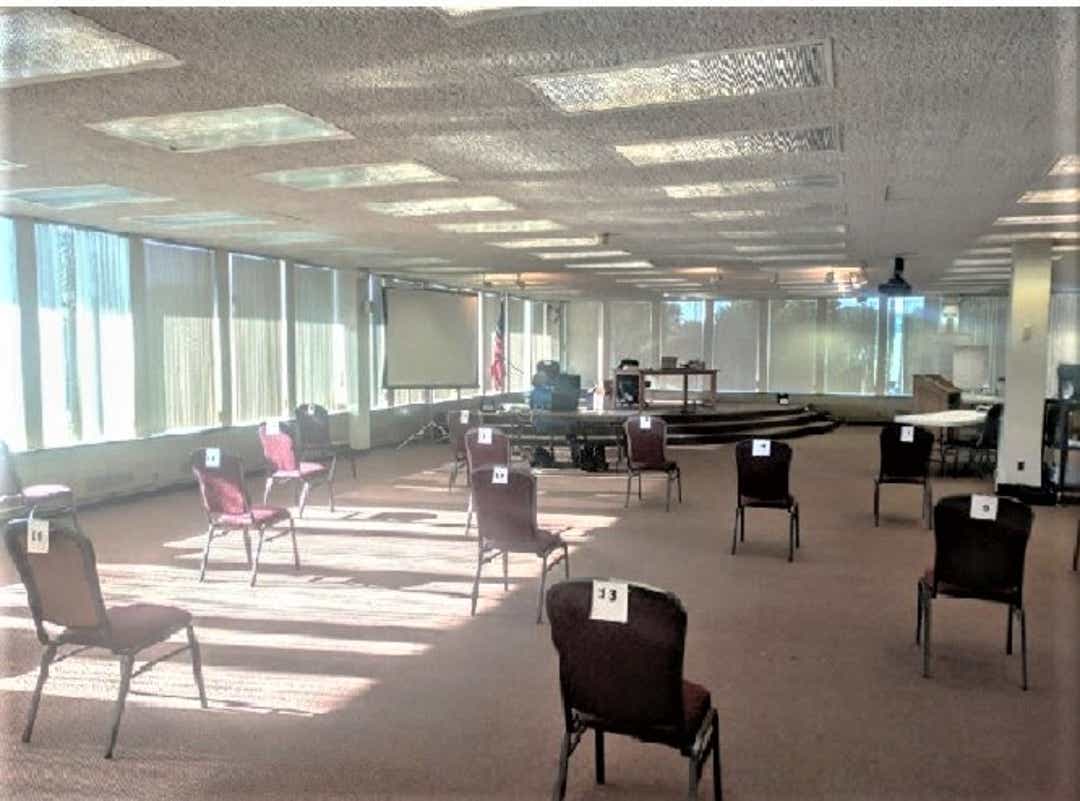 The National Association of Defense Lawyers supported public defenders’ efforts to delay the trial and ensure proceedings were public.

The organization is among sources the Shelby County judges’s order cites as providing input into the July 30 decision to suspend trials. A spokesperson for the national lawyers’ group said the mention appears to be a reference to the group’s statement opposing the ‘rush to resume normal court operations’.

Working, president of the association’s Tennessee chapter, said that whether proceedings are rushed or stalled across the board indefinitely, blanket solutions can’t offer “just” solutions because each case is unique.

A defendant charged with robbery may be concerned that wearing a mask at trial in front of a jury would incur prejudice, Working said, while another defendant may want to make a strong case for themselves in court.

Some people have been incarcerated for years, awaiting trial, he added, while others await trial at home, charged with low-level misdemeanors.

The Public Defender’s Office and District Attorney did not immediately respond to requests for comment.

Weirich said the detention of people locked-up at the 201 Poplar jail while awaiting trial is in the interest of public safety.

“If you are currently in jail at 201 Poplar, it’s because you have murdered, raped, robbed,

kidnapped. You might be here for what some would call a low-level case, but it’s because your record is long,” Weirich said.

Josh Spickler, executive director of the advocacy organization Just City, which operates a fund that pays bonds on referral from the Public Defender’s Office, says there’s more to the picture of those now facing indefinite detention.

“We paid a $100 bond last week,” he said. “We bailed a person out today for $300 or $400. We’re paying very low-level bonds for people charged with non-violent offenses, every week, multiple times a week. And that’s only the ones we get to.”

Other people get “stuck” at the jail because they can’t afford those amounts, Spickler said. The order suspending jury trials is particularly egregious in that light, he added, because defendants are more likely to consider guilty pleas when they are eager to be released from the jail, rather than bonded out, awaiting trial at home.

Spickler said that in 52 cases for which the organization had paid bond that had been fully adjudicated by the time the organization commenced a study in October — charges were completely dismissed in 38.

“I’m very frustrated with the lack of creativity that our elected judges are showing at this time,” he said. In other industries, such as restaurants, innovations have been made so that operations can continue in ways that take public health guidance into account, he said. “They’re not figuring out how to do a very, very important thing at a difficult time, in a creative way,” Spickler said of the judges’ decision.

A call to Judge John Campbell for comment was not immediately returned Friday.

Shelby County isn’t unique among criminal courts that have suspended jury trials until further notice, though figures maintained by the National Center for State Courts are in constant flux, as plans can change as case counts rise and vary from county to county.

Some jurisdictions, in Florida and Utah, have focused on meeting coronavirus case trajectory benchmarks instead of specific dates.

In Cincinnati, a surge in COVID numbers led the the Hamilton County Court to halt plans to resume trials, with no timetable provided. Two weeks later on Wednesday the court announced trials would resume in early August.

Among innovations, reported by the Courier Journal, is remote jury selection and orientation and a process through which courts can request the approval of the high court on plans to conduct trials in gyms, convention centers and other spaces that allow ample room for social distancing.

The Kentucky Supreme Court also ordered judges to provide access to view jury trials to members of the public and media, when capacity allows — and if it does not, a judge must provide access by live audio or video or via digital recording.

Offsite trial venues are in use in Philadelphia and North Dakota, a review of local media reports show.

Sarah Macaraeg is an award-winning journalist who writes investigations, features and the occasional news story for The Commercial Appeal. She can be reached at sarah.macaraeg@commercialappeal.com, 901-529-2889 or on Twitter @seramak.