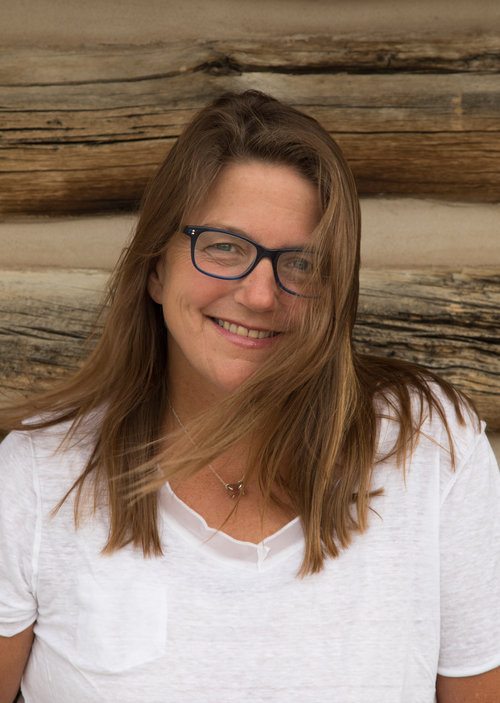 Colorado author Pam Houston’s book “Deep Creek: Finding Hope in the High Country” was selected as this year’s One Book One Broomfield title.

Librarian and Programming Supervisor Esther Knox-Stutsman said the selection committee for this year’s title was made up of 11 people, including Ward 3 Councilman Deven Shaff and two Mamie Doud Eisenhower Public Library staff members.

The library has purchased 50 paperback copies of Deep Creek and six electronic copies so far, she said. Library staff will monitor book holds and order more if necessary. Last year the library ordered 80 copies of the One Book selection, “Beautiful Boy” by David Sheff.

Most copies of “Deep Creek” will be available for checkout starting next week, she said, but a few are already in the library’s collection.

Houston is an award-winning author of novels, short stories and personal essays. She also teaches at the Institute for American Indian Arts, is a professor of English at The University of California, Davis, and is co-founder and creative director of Writing by Writers.

“Deep Creek” is an account of Houston’s experience on her 120-acre ranch high in the Colorado Rockies; through her care for the land and animals of the ranch, Houston learns and grows while reflecting on her life and discovering her identity, according to a description presented by the library to Broomfield City Council. It is a “deeply personal memoir full of bravery, reflection, and beautiful prose.”

When she is not on the road teaching, she lives on her ranch near the headwaters of the Rio Grande, Knox-Stutsman said.

Committee members selected the book for a number of reasons.

“They definitely were impressed with the writing in the book,” Knox-Stutsman said. “It’s really well written and kind of combines these little vignettes about ranch life with some pretty personal writing about Houston’s life. It touches on her career as a writer, her experiences as a woman and experiences as a childhood abuse survivor.”

The book also has a Colorado connection since the author lives in Creede — a small town up in the Rockies. Her writing focuses on the state and landscape, Knox-Stutsman said, which really touched a lot of the committee members. Broomfield is a community that has a lot of connections to nature, which is also reflected in the book.

This year the committee had plans to take the final decision of which book to feature to Broomfield residents. That community vote process was expected to start in March, when COVID-19 disrupted those plans. Three finalists were chosen — “Deep Creek” along with “Fly Girls” by Keith O’Brien and “We Hope for Better Things” by Erin Bartels.

“At the time we didn’t know if we would be able to move forward with One Book,” Knox-Stutsman said. “We had to put it on pause.”

Virtual programs are still in the planning stages, she said, but the library is hoping to present a creative writing workshop and a presentation on hiking near Broomfield or in the Front Range. They plan to partner with the CSU Extension Office for a lecture on an undetermined topic and also host a book discussion.

Programs are expected to be held in October, Knox-Stutsman said, before the author talk. Houston is expected to present that at 7 p.m. Nov. 5. Residents can sign up for that virtual programming on B-Rex.com. Knox-Stutsman recommends people begin looking for those slots toward the end of August.

Organizers will be watching public health guidance from Broomfield and state officials to see if a small gathering could be allowed for the author talk, which will also be recorded and streamed.

“We’ll just have to wait and see what’s possible as we get closer,” Knox-Stutsman said.

At Tuesday’s council meeting, Shaff thanked the committee members for their work, which was made challenging and put on a short timeline because of the pandemic. Members chose a “terrific book,” he said, which is a fun read.

This year’s One Book One Broomfield Junior selection, “Because of Winn-Dixie” written by noted children’s author Kate DiCamillo, was selected in January before COVID-19 disrupted events. Her author talk was originally scheduled for March 15.

Children’s Collection Development Librarian Susan Dunn said as of this week the library is looking at April 24 for that talk.

“Kate had offered to do a virtual talk sooner than that, but we felt that just wouldn’t be the same,” Dunn said. “We really want kids to get to see her live and get their books signed as well. Hopefully by then things will be back to normal and we can have the event in the (Broomfield) Auditorium, with overflow in the Eisenhower Room.”

DiCamillo is one of six people to win two Newbery Medals, recognizing her novels The Tale of Despereaux, published in 2003, and Flora & Ulysses, published in 2013. An author winning twice has only happened six times in the history of the award.