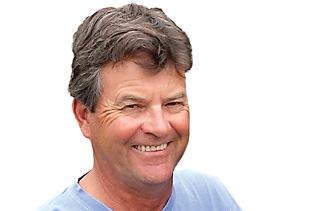 The two titans of Boulder’s progressive identity, prairie dogs and affordable housing, have squared off in yet one more epic battle for the soul of our fair city. This time the battle pits the prairie dogs who have inhabited Celestial Seasonings’ Prairie Park for more than 20 years now against a proposed 268-unit apartment complex replete with 25 percent affordable housing. The land at stake? The corner of Sleepytime Drive and Zinger Street.

The latest installment in this clash was this past Tuesday night, when more than 100 Gunbarrel residents signed up to provide testimony at the City of Boulder’s public hearing regarding a proposed new 12-building apartment complex. The 6.10-acre site is currently owned by Celestial Seasonings. The land is currently zoned industrial-manufacturing, which obviously makes it the perfect place for a high-density residential development.

First, a little Gunbarrel history might be in order. After all, most Boulder residents’ only thought about Gunbarrel is: Why does Boulder have a neighborhood with a name that proudly and shamelessly glorifies and promotes gun culture? The answer to that is Gunbarrel is named after a historical stagecoach route that ran from Boulder to Longmont. And for most residents of Gunbarrel, the more the name irritates the elite of Boulder, the more they like it.

Gunbarrel has its origins in the early 1960s, when the City of Boulder’s idea for the county east of the mountains (the city often assumes that it runs the entire county and not just the city) was its “Spokes of the Wheel” plan. The plan was for the city to be able to “control the expansion and development of its boundaries along specific corridors or ‘spokes.’ Those spokes were North Broadway, the Longmont Diagonal, Arapahoe Road, Baseline Road, and Marshall Road.”

Shortly thereafter, IBM announced that it was building a massive plant in Gunbarrel. The city quickly annexed the land where IBM would be built and most, if not all, of the nearby commercial development. The city did not annex the vast majority of the residential area of Gunbarrel, which worked for the city. It got all the high taxpaying commercial areas without having to provide any services to the residents. Thus was born the love/hate relationship between the city of Boulder and the residents of Gunbarrel (see “Annex Gunbarrel? No, thank you!” R.M. O’Dea’s column published in the Daily Camera June 25).

But enough with the history lesson, back to the throwdown. On one side are those who simply do not want their relatively quiet semi-rural lifestyle impacted by yet one more City of Boulder monolithic set of apartment buildings. They really don’t have anything against affordable housing. They just have a lot against another high-density housing complex. So they’ve latched onto the plight of the prairie dogs who have lived peacefully at the site ever since Celestial Seasonings got caught gassing them in the middle of the night in 1999 and was forced to dedicate the land to the prairie dogs “forever.”

At the Tuesday night meeting, Councilwoman Mirabai Nagle, a resident of Gunbarrel, said she would support a moratorium on development in the area and that “having a vibrant colony of prairie dogs … is vitally important right now.” OK, I can hear a lot of you laughing and yes, you are correct. Gunbarrel fought for five years to successfully keep the city from moving a colony of 300 prairie dogs nearby about 10 years ago. The prairie dogs must feel like their being used as pawns for political purposes. Yes, just like the rest of us mask-wearing minions.

In the end, this is what will likely happen: The prairie dogs will get moved from Sleepytime and Zinger into the remaining nine acres of the Celestial Seasons Prairie Park that isn’t being developed. Like the rest of us, they will have to adapt to a more urban, high-density lifestyle.

The residents of Gunbarrel will testify against the development until they get sick of testifying. The city will ignore them and approve the development. The imaginary residents who only bike and walk to work will never show up and 200 or 300 more cars will be parked along Sleepytime and Zinger.

And in true Boulder fashion where almost everyone gets a trophy, both the prairie dogs and affordable housing will be declared the winners. Sorry, Gunbarrel residents, no trophy for you.

Chuck Wibby is a longtime Boulder resident, University of Colorado graduate, environmental analytical chemist and retired business owner. You can reach him by email at cxwibby1@gmail.com.