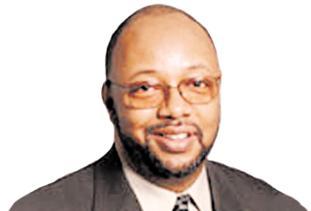 “Nobody likes me.” – Donald Trump

“Truth or Consequences” is the name of a town in New Mexico and a game show dating from the 1940s. But it’s also one of the primal laws of existence. Where an important truth is denied, consequences follow.

So none of us can be surprised at the state of the union after seven months of Donald Trump’s lies, alibis and magical thinking in the face of one of the worst public health crises in history. More than 150,000 of us are dead, the U.S. economy just endured its worst quarter on record and there is no sign the disaster is going to abate any time soon.

To the contrary, the federal government is adding to the list of “red zone” states – i.e., states where the COVID-19 infection rate continues to climb. Twenty-one states – nearly half the country – now make the list, including Florida, Tennessee, Texas, and Mississippi.

And it should be lost on none of us that the “red zone” states are also mostly red states. Nineteen of the 21 – California and Nevada are the outliers – went for Trump in 2016. Red states, not to put too fine a point on it, are those we’d expect to be most susceptible to his lies, alibis and magical thinking – and most resistant to masks and social distancing.

Again, this is no surprise. As has been noted repeatedly in this space, truth doesn’t care about your feelings. Unfortunately, Trump doesn’t care about truth, so on behalf of 330 million of us, he chose consequences instead. And this country will be years in recovering, if it ever does.

All of which lends to a sense of astonishment at the morose monologue quoted above. It came during a recent news conference, called ostensibly to provide an update on the nation’s fight against the coronavirus pandemic. But the briefing also offered a squirm-inducing glimpse into Trump’s fragile psyche as he ruminated over the fact that Dr. Anthony S. Fauci, the face of his coronavirus task force, is more popular than he is.

“It sort of is curious,” Trump said. “A man works for us and yet they’re highly thought of and nobody likes me. It can only be my personality.” And Lord, what to say about that?

It was pathetic, the miserableness of an unloved boy poking through the braggadocio of a 74-year-old man.

It was amazing, this most reality-resistant of men publicly conceding this most humiliating of facts.

And it was revealing, testament to a failure of self awareness more epic than Greek tragedy.

Consider that shortly before the briefing, Trump retweeted the crackpot theories of some woman who claims, despite expert consensus to the contrary, that hydroxychloroquine can cure COVID-19. Mind you, she also believes doctors use alien DNA to treat patients, and researchers are creating a vaccine to stop people from being religious.

Called on his decision to amplify this woman, Trump insisted she is “very respected.” And also that “I know nothing about her.” Yet he muses that “nobody” likes him and it must be his “personality”?

Well, yeah. That, his imbecility and his utter inability to feel – or even fake – compassion for other human beings.

“Nobody likes me.” Boo hoo.

If anyone has compassion to spend, there are 330 million people who deserve it more.

Leonard Pitts Jr., winner of the 2004 Pulitzer Prize for commentary, is a columnist for the Miami Herald.